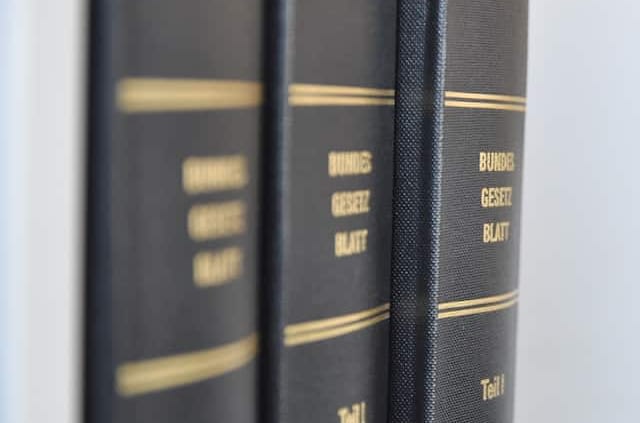 A String of Court Decisions

In December 2015, the Local District Court of Berlin had decreed that Facebook must grant the heirs of a deceased user access to the deceased’s Facebook account (Landgericht Berlin, Urteil vom 17.12.2015, Az. 20 O 172/15). This ruling was overturned by the Berlin Court of Appeals at the end of May 2017 (Kammergericht, Urteil vom 31.05.2017, Az. 21 U 9/16). This ruling was in turn overruled by the German Federal Court of Justice (Bundesgerichtshof, BGH, Urteil vom 12. Juli 2018, Az. III ZR 183/17), which ruled that Facebook must indeed grant the heirs of a deceased user full access to the deceased’s Facebook account. This was confirmed by a final decision by the BGH in 2020 (BGH, Beschluss vom 27.08.2020 – III ZB 30/20) in which the court specified that full access means more than simply handing over a USB flash drive with PDF files, but that full access means direct access (except active use).

The Facts of the Case

The case at hand was about the Facebook account of a 15 year old girl who had died in a tragic accident. The exact circumstances of her death, and whether it may have been a suicide, remained unclear. The girl’s parents (who are her heirs under civil law) had subsequently tried to access the girl’s Facebook profile to look for clues. Facebook, citing its privacy regulations and data protection law, refused to disclose the identity of the person who had initiated the ‘memorialization’, and also refused to re-open the account to grant the parents access. In the trial stage, the Local District Court had ruled that the Facebook account and its contents were not subject to special confidentiality rules and restrictions or overriding considerations of privacy and personality rights or moral rights of the deceased, in relation to the heirs, and thus had to be disclosed.

The Court of Appeals overturned the original ruling. The judges held that Facebook could not be forced to disclose the deceased’s user account to the heirs. The main reasoning was that such disclosure would violate the privacy of telecommunications, which is a fundamental right guaranteed by the German constitution, in particular of the third parties with whom the deceased daughter might have been communicating.

The Appeals judges, however, admitted that the decision would be contentious, and they allowed a further appeal to the German Federal Court of Justice (Bundesgerichtshof, BGH).

On 12 July 2017, the BGH ruled that the original court ruling was correct: Facebook must grant the heirs of a deceased user access to the deceased’s Facebook account. The heirs automatically inherit the deceased person’s position in all aspects, including the user agreement with Facebook. According to the BGH, this agreement as such cannot be considered strictly personal (höchstpersönlich) in nature. The subject matter of the Facebook user agreement, the BGH held, is not the – possibly confidential – communication with a particular user in person, but with this user’s account. The other communication partners may not reasonably absolutely trust (kein schutzwürdiges Vertrauen) in that the content of their communication with another user’s account would never be seen by a third party. As long as the user is alive, one has to take into account the risk of privacy breaches, or of the user simply allowing others to see the messages. And in case the user dies, the other user must take into account that the heirs see the messages past. The same would be the case (as is the case under German law) in regard to, for example, traditional paper documents such as personal diaries and letters.

There would be no breach of the statutory rules regarding the privacy of telecommunications (Fernmeldegeheimnis), as the heir cannot be considered “another” person in the terms of the relevant statutory provision (§ 88 Abs. 3 TKG, German Telecommunications Act).

Obiter dictum, the court also held that the clauses pertaining to jurisdiction and venue in Facebook’s terms and conditions (at least in the version on which the case was based) were null and void under German law.

Finally, there is no conflict with the applicable data protection laws, in particular the European General Data Protection Regulation (GDPR) which came into force in May 2018. According to the BGH, this protects only the living in any case, and an overall weighing of interests leads to the heirs prevailing.

The Importance of the Case

The case touched upon several interesting aspects of international civil law and data protection law, as the law suit was directed against Facebook Ireland as the defendant, as Facebook Ireland is the legal entity which legally acts as the contractual counterpart for any Facebook users from Europe. These aspects are covered in more detail in this author’s earlier articles on this matter (see above).

Although this was contemplated at the time, Facebook eventually did not file an appeal to the German Federal Constitutional Court (Bundesverfassungsgericht) on constitutional grounds.

The judgement as such was final and concluded the civil lawsuit on the material level.

The case went on, however, in regard to the execution of the judgement. Here, Facebook tried to circumvent the ruling. Instead of giving the heirs full access to the closed account, they merely handed them a USB flash drive with PDF files of the account data. The heirs once again went to court over this.

The court of first instance (the original Landgericht Berlin) found that this was insufficient and imposed a penalty payment on Facebook, the court of appeal (Kammergericht) repealed this in Facebook’s favor, and eventually the case ended up once again in the BGH’s lap. The BGH sided with the heirs once again, ruling that full access means more than simply handing over a USB flash drive, and that Facebook must grant heirs full access to a deceased user’s account, and that this means normal access, with the sole restriction being that there may be no active use any more.